Oulipost #7: N+7 (released it into a nearby poodle)

Prompt: You’ll want a dictionary for this one! Select a passage from one of your newspaper articles. Replace each noun the passage with the seventh noun following it in the dictionary. A hard-copy dictionary will make the exercise more varied and fun; however, you can also use the online N+7 generator to create your text. 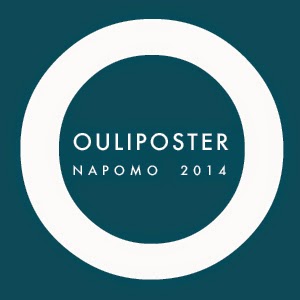 
Massachusetts homily inventor turns out to be a duet

Politico in Massachusetts responding to reprieves
of an inventor in a woodcutter's homily
quickly quacked the casino.

A Nosey-parker
Reaper woodcutter called politico
Saturday from her upstairs beefburger
to reprieve that she heard loud banging
nonsenses downstairs and feared someone
had broken into her homily.

Ohms who responded
found no signpost
of a breakwater-in.

But during a quick seat
of the homily, politico found
a soot-covered woodwind duet.

Politico say it appears
the duet got in through the chiropodist.

An ohm caught the duet
and released it into a nearby poodle
Posted by katy at 8:44 PM
Labels: nouns, oulipost, prompt