1
a bell will burn a marshmallow
then offer it to you as a prize
for standing next to the person
who burnt the thing they won't eat
because bells are vegetarians, mostly.

this has happened to me once
and once i was there to witness
the act of marshmallow cremation
and the following act of kindness
smeared by an underlying desire
to convert to a less noble cause.

2
more frequent bell nobility manifests
in myriad miracles and abundant abandon
for alliteration and the offering
of four-leaved clovers as talismans
tainted over time with wilting.

such was the case before a game
of harmless sport, when one bell ran
off to a secret patch of clovers
she covets for collecting luck
to distribute to members of the opposing team.

3
in summer or winter a bell will lie down
in a field of snow or sun-chard grass
with arms spread wide in exhaustion
of all the memories associated with the season
and the flavors of pot luck dinners with friends.

memories of family trips across country
and fig trees in neighbors' backyards
that they used to pick from and eat at will
before discovering that their cat who they thought was lost
was stolen by the lady in the big white house next door.
Posted by katy at 10:48 AM 1 comment:

pete and jing built a clipper ship
out of a big green canoe
and some old floral-print sheets
they found in the shed in pete's backyard.

copying the design from a page
of an illustrated copy of Moby Dick
they cut the sails with sheers
used by jing's dad to trim shrubs.

the masts were made of jointed tent poles
and the captain's wheel
resembled a snow sled with handles
made of empty beer bottles.

they staffed their ship with g.i. joes
and jing's pet turtle acted as lookout
from a plastic flower pot
tied to a snow shovel at the back of the ship.

the only problem they faced
in sailing their majestic ship
was the lack of open seas in north idaho
and the hole in the bottom of the canoe.
Posted by katy at 10:36 AM 2 comments:

i spoke to dina today

i spoke to dina today
about macarons and mates

and the best years of a woman's life
to reproduce.

you say the sort of thing
i would say to you if you asked
am i dreaming or are you real
and if you're real why am i asleep?

and when i wake there's a letter
in an envelope with my name
scribbled in my native alphabet
that you copied from a free online translator
Posted by katy at 10:49 PM No comments:

still replaying the night in his mind
memories saturated in deviant desire
for the boy he could have loved for life
Posted by katy at 2:27 PM 1 comment:

it's a warm sunday morning

since getting up i've taken some allergy medicine and two cups of tea to open my nasel and throat passages. my ears are still swollen with sinus pain.

not all is lost. i took the time to work out that, if using vanilla bean, one batch of macaron shells coasts me $6.30 to make (not including labor of course). that's not bad considering one cookie (two shells and some filling) go for between 1 and 2 dollars in most places and one of my batches makes 30 or so cookies. that's a pretty decent overhead.

i'm not thinking about going into business just yet. though, i am hopefully going to start selling big macaron shells to the Polar Cave for them to include on sundeas. i don't know if Papa Bear really knows what he's getting into though.

i guess we'll just have to wait and see how it pans out. in the meantime, i'm writing him a brief history of the macaron. this blog post by cathy x at adicionado has a fantastic little history lesson included at the top, though i don't subscribe to her method of making. i am still very much in the school of notsohumble.

macarons are too hard to get just right to call them easy or to call any one batch perfect. maybe some day. until then, another cup of tea.
Posted by katy at 8:28 AM No comments:

ryan and kerry on cape cod 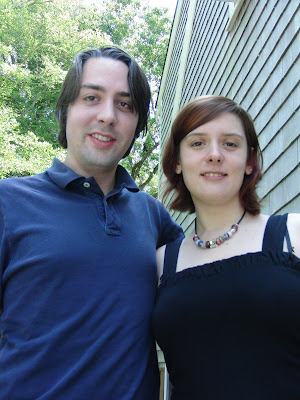 affublee un bonnet and apron
over a gown, victorian vogue

shouting around the sound of past servants
directing the armoire placement

and correcting our pronunciation
of simple french phrases

as she cleaned paint brushes
and detailed the careful steps needed

to crackle a mirror frame
or the heart of a healthy man
Posted by katy at 10:10 PM No comments:

have been listening to the Decemerists lots.
Posted by katy at 10:21 AM 2 comments:

you may suffer from some discomfort

while i redesign my blog.

take two Advil, have a cup of tea and relax. this will be over before you know it.
Posted by katy at 4:16 PM 1 comment:

and this is a segment
Posted by katy at 10:57 PM No comments:

and the journey home
is rubble ridden

is stumbling over
flakes of green

paint left drying
since 1935 or yesterday

built from molds
and carried

through forests
of orange plastic

scanning the horizon
for passing foul

across state lines
on rt 195

where i bear the right
to rusting breaks

and a loud exhaust pipe

over the lattice
of ground road

the thump thump
of the street and lady gaga

by the force
of motion on motion

of hot metal
against hot metal

on a brilliant bright
tuesday evening

on our way over these
three bridges

the pawtucket
the braga
and the bourne
Posted by katy at 10:14 PM No comments: 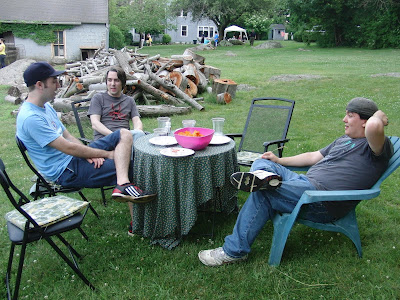 they mostly bonded over football/soccer.
Posted by katy at 10:56 PM 1 comment:

i'll make you presents
if we could be best friends

fly away on a ship powered
by balloons inflated

with the air from our lungs
and tied together with bows

drink strawberry milk
with our nutella and toast

pick flowers in bunches
to give to the neighbors

we'll make best friends
if you learn to speak english

watch clouds waft by in shapes
like animals and sail boats

riding through the morning sky
singing lullabies and telling jokes 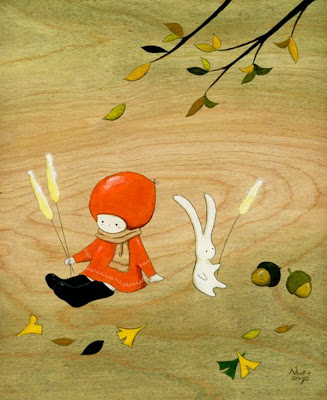 the time is coming

i'm afraid to change my blog layout, to update all the links and modernize (as it were).

but that time is approaching rapidly. my blog is old. my blog is very old. my blog needs a makeover!
Posted by katy at 3:40 PM 2 comments:
Newer Posts Older Posts Home
Subscribe to: Posts (Atom)