i watched the neighbor's dog
run up and down the street

twelve times, then gave up and lost count

everyone is out, shovelling

everyone stopped to watch
a fire engine roll past

not sure what for, it stopped
at the center of the culd-a-sac

then everyone went back to shovelling 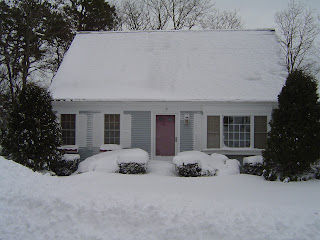 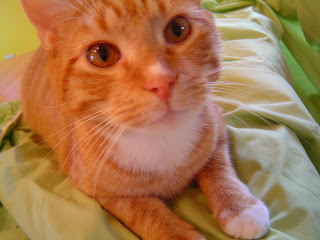 before you go, he said,
could i... tall and quiet

he stood, breathing
but not speaking

a small crowd formed around us
the three people waiting

between them he and i
he glanced at both parties 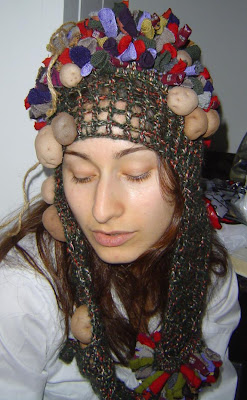 a web of metal parts
holding hands and hearts together

fused by the heat
of an innocent habanero

the french quarters
each prick into the corner

a choice between roads
wet and shallow

like graves of sand
at the bottom of a satchel

my boon is forthcoming
in yours and his last fought

winner takes to fall apart
and my bank account to fill 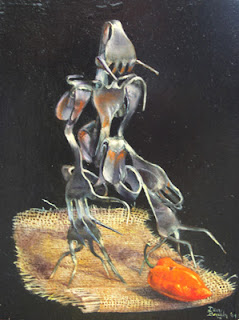 Posted by katy at 12:06 PM No comments:
Labels: poetry

a little hallelujah for the new year

at one thirty in the afternoon

the doors sigh with age
every time someone,
who isn't you,
walks through them.

they, with
no regard for me, sat
waiting for someone.
and no attention paid
to the ache in the hinges.

the doors and i, bored
and lonely. we sit waiting.
my neck craning to see.

you were meant to be here
at eleven fifteen.

so, what are we still waiting for?
Posted by katy at 1:25 PM 2 comments:
Labels: poetry

half a light flickers
the words "hot" and "cold"
but you can't read what's in between.

the shaking hand on your shoulder
leads you astray, towards the corner
and begs you to decide a new route.

paused there, the light turns yellow
then red in the opposite direction.

you wait, but the light facing you
never turns the perfect shade of green.
Posted by katy at 1:18 PM No comments:
Labels: poetry 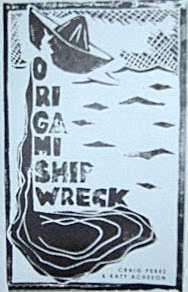 yes ladies and gents, you heard right! the collaborative work of myself, katy acheson, and the one-of-a-kind c.s. perez!!
you can buy your copy of Origami Shipwreck here. thank you neopepper ^_^
Posted by katy at 8:49 PM 2 comments:
Labels: poetry

so as you've read, we got stuck in canada... you can tell that it's canada from all the snow. 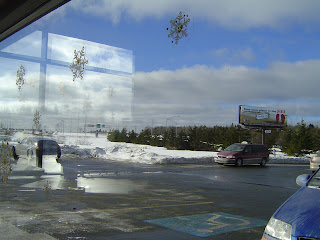 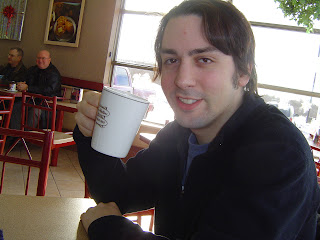 ryan is cute. he drinks hot cocoa in canada. 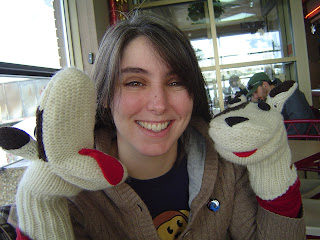 i have two new friends, i got them just before we left on our trip. they are puppies. i call them left and right. they scare kittens. 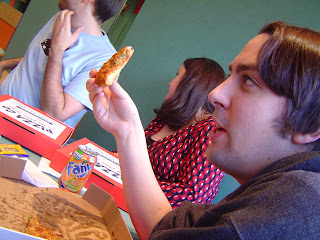 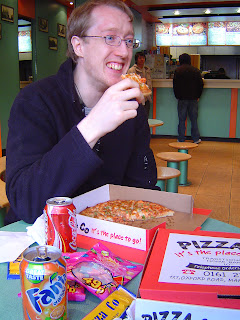 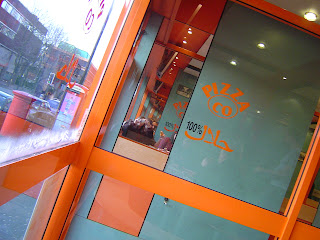 we met some cats while in england. first, there was boris. we got him a toy for a present. you can't go to someone's house for the first time at christmas without a gift... 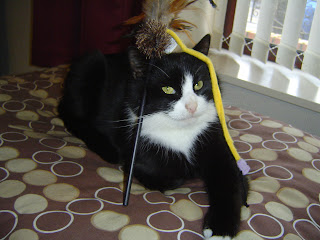 then there was bluebell. we've met before. several times. she's grown into a proper cat-looking cat since i last saw her. 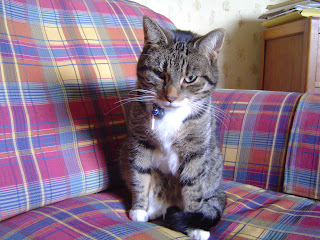 the day after christmas everyone got together and had a lovely dinner. here are a few action shots (yeah, i just went around taking pictures willy nilly like). 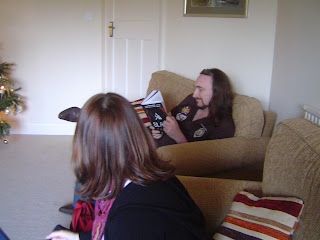 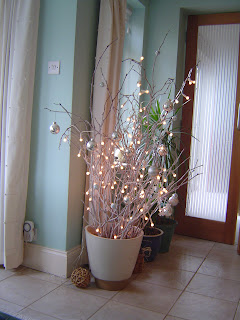 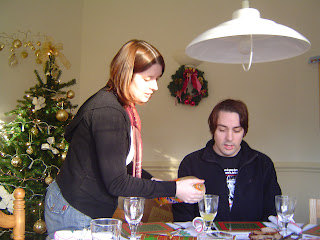 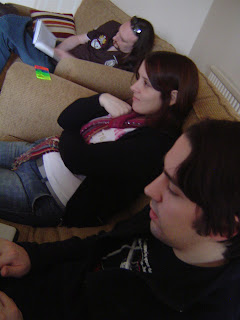 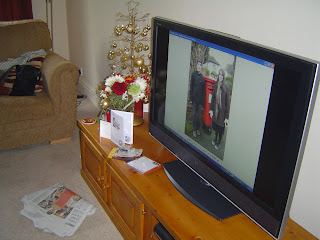 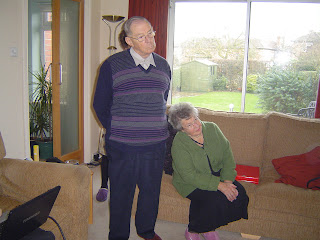 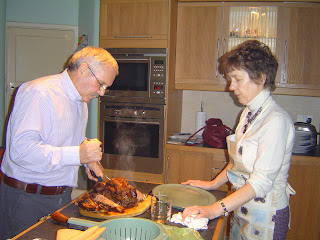 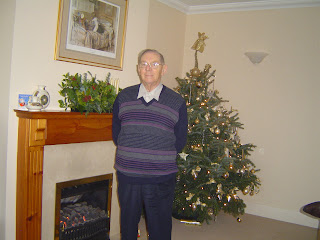 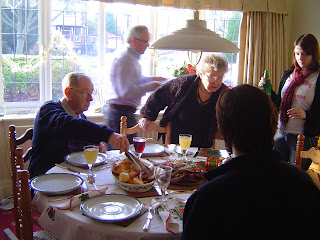 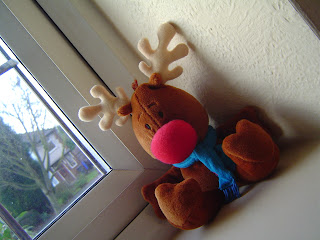 happy crimbo all!
Posted by katy at 8:16 PM No comments:

i realized over the holiday that i haven't given any updates on alli's adjustment into the multi-cat household.

everything is going well, great actually.

she and rowdy play fight and all three of them are purring on a regular basis. i've started calling her jelly bean, or alli bean. she's cuddly and lovely and wonderful and we all love her to bits.

here are some happy pictures =^_^= 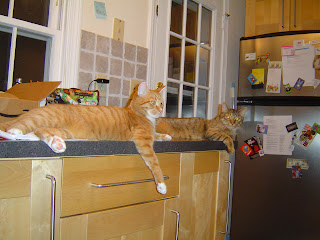 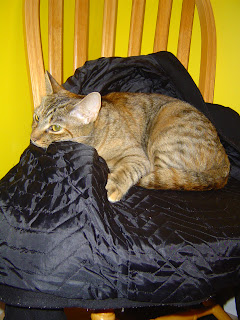 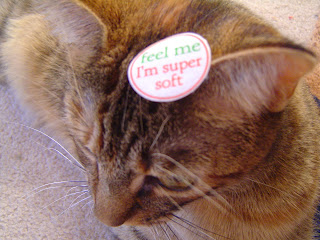 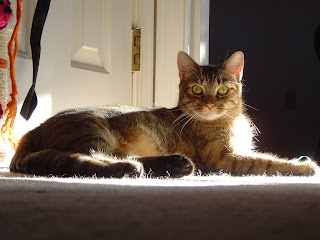 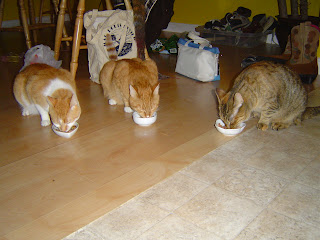 the past year was...

we lost max. but we gained jack, rowdy and alli.
we lost ra. rest in piece big buy.
i discovered the best meat in the world. it can be found at fogo de chao - brazilian grill - and it is called ancho.
i mastered the art of several forms of pancake.
i worked three jobs over the summer.
i finally met kate - ryan's lost twin.
we went to texas for the first time. no guns inside the building please.
i got put into print - in our own words and origami shipwreck (neopepper press).
got ryan a bmx for his birthday, ryan got me a zune for my birthday.
had a holiday in england - always a good thing.
sister had a mis, gained a fiance.
computer died. car didn't. fair trade off.
we went to our first live hockey game. damn those canadiaNs and their enthusiasm.
and i had my first, rather successful big birthday bash.

every year has its ups and downs. 2007 started off on the wrong foot (february saw us at a very low point, especially with everything max was going through), but set itself right before long.