everything in this house acquires the appropriate amount of cat hair
making it look neither worn in, nor new.

put a plant in a tea tin that liz gave me 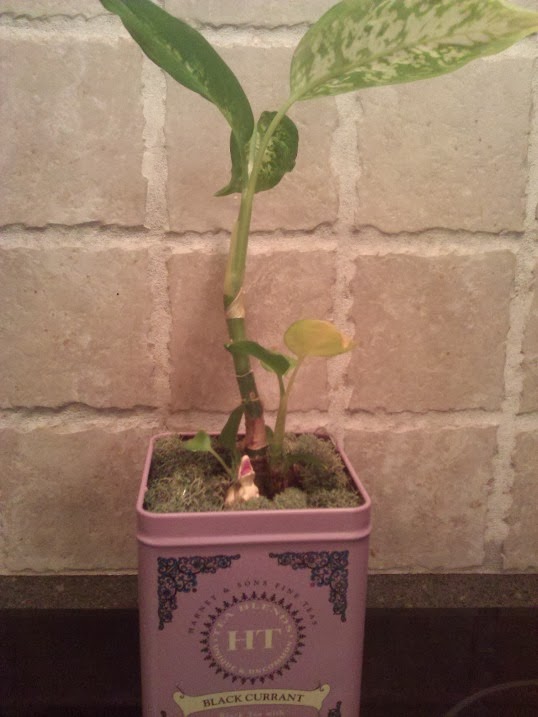 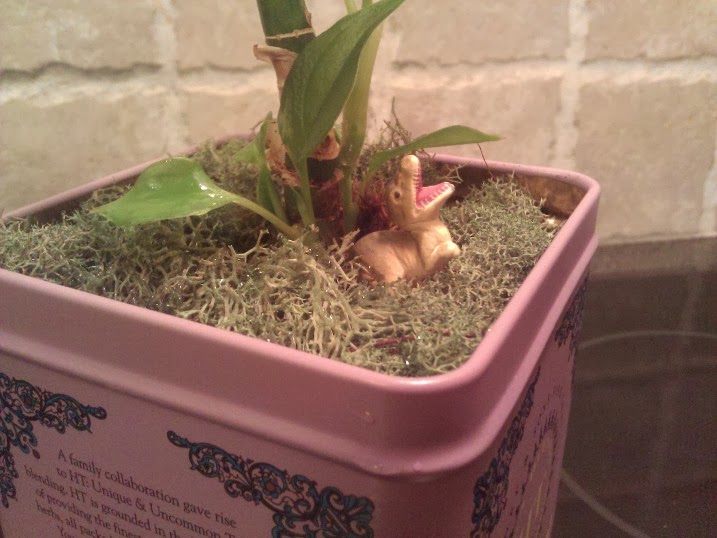 On "2 Poems" by E. Smith Sleigh on paperdarts.org

it's been a while since i really delved into poetry.  sure, i've been dabbling.  and this might just be a spurt.  a sputter.  but i always like to pretend that i can put my poetess hat on at any given whim.

to help me feel better about poetry, about myself and poetry, i need to read some.

i've been involved with Vera Pavlova in the form of her book "If There Is Something To Desire" over the last week or so.  i may dare to share my thoughts on her work once i've read and reread it all a few times; although, i already have half of the pages earmarked.  i have a certain affinity, it would seem, with female russian poets.

if you know me on facebook, chances are high that you've received a message from asking for suggestions on more poetry books.  perhaps i'll start a regular (maybe monthly) poetry review here to go along with my mashpee chamber themed posts.

getting back to poetry... it's been a long time since i read chapbooks, e-zines, and other poets' blogs.  so a simple google search for online chapbooks lead me to a list of 12 beautiful online magazines.  first on the list... paper darts.  which is exactly where i found the two poems written by E. Smith Sleigh.
upon first reading the poems, in the format they appeared on my phone, i approached them wanting very much to like them both.  before i reread, i decide i like the first one much better, but i cannot decide why yet.
upon a second reading, i think the cherry pie mention is mostly what swings my bias, but i also realize that by the time i am mid-way through the second poem, i have figured out the alliteration game and find it less interesting than the first poem.
not to say i don't like the second one.  the first one, the second one, let's give them names.
E's first poem is called "medieval metal music".  in it, E breaks down structure with his own structure and with the content of the poem.  the format of the poem is an appeasing square, but within it the reader must rely on gaps without punctuation or line breaks for breath.  thus, emphasizing the content of the poem, the structure lends itself directly to the poem's purpose.  and leaving the structure of a stream-of-conscious style poem, cherry pie.
where "medieval metal music" is unpredictable, with just enough new turns to keep me interested by not lost, "rising waters" strikes me as somewhat more childish with its "invisible dark matter   dark
matters   madder than a hatter  chic tam" ramblings.
however, this somewhat rambling predictability is in cool contrast with "medieval metal music" which relies on the reader's inevitable frustration with current music genre titles.  instead, "rising waters" is nature.
structure vs nature.
i get it. i buy it. i read it again.
man makes cherry pie out of structures.  nature makes us go back inside where it's warm and dry and we can't be taken by the flood for our tribute to the structures we've created.  these two poems, the more i shift around inside them, become a debate between each other.  the value of human society in contrast with the natural order.
Posted by katy at 10:49 PM No comments:
Labels: paper darts, poems, poetry, review

two teas for one


tea bright morning
the pot is half full

someone left the milk out

waiting for the car to warm up
the ice to melt

she choses a mug
that she knows fits

in her car's cup holder
without spilling at the first turn

the mashpee chamber of secrets

i've been humming and hawing about starting a new blog specifically about my work at the Mashpee Chamber of Commerce.  in october of last year Mary Lou asked me nonchalantly if i might be interested in helping her out over at the chamber. answering phones, making posters, replying to emails and writing a weekly newsletter.  her previous executive assistant left the office in a bit of a lurch.  i don't pretend to know everything that happened, nor do i care to share what i do know because that isn't my story.

my story is happy.

i met Mary Lou, the executive director of the Mashpee Chamber of Commerce through a raffle drawing.  which i didn't even enter.  a lovely woman named Lisa over at woodruff's entered my name into a Chamber-organized drawing for a $1,000 shopping spree after i'd had a picture of ryan and i framed.  i had no idea i had even been entered, until i finally got a voicemail from Mary Lou telling me i'd won a contest.

so i got an awesome picnic table, some dresses which my sister has now taken full ownership, some whale watch tickets, flowers (of course), and some gift cards to some rather lovely restaurants in town.  best of all, though, i got to know Mary Lou.

since the spree, i've kept in touch with Mary Lou through my work at Gustare and at Weight Watchers; which is where, one morning, Mary Lou asked me if i'd be willing to help.

starting in october, i was putting in as many as 15 hours a week at the chamber on top of my full holiday-retail schedule at Gustare, nearly 20 hours a week of macaron baking, and seven meetings a week at weight watchers.  despite being so busy, though, i kept up with social affairs and apparently did good work at the chamber.

after my two week holiday in england, the Chamber officers offered me 35-hours a week, decent wage, year round work, as the executive assistant.  um, yes please.

as i happily conveyed to a friend via email, i'll actually be able to ride my bike to work in the spring, summer and autumn.  as soon as the snow melts, i am going out to buy a helmet and back pack.  my CO2 footprint will go down a bit this year, i think.

so i've been humming and hawing, like i said, about starting a blog about my adventures at the chamber.  but i have decided that i can do whatever telling i want here.  on my already-established blog.  if i could make tabs for somethingkaty, i would.  but maybe it's better that it's all here, in one happy space.
Posted by katy at 11:29 AM 1 comment:
Labels: chamber, commerce, mashpee, mashpee chamber, my blog, my rules, work

ten things i know about snow

one, snow is made of water ice
two, snow can take on many textures, for example it can be fluffy or heavy, wet or dry
three, where i live, we get enough snow for snowmen building
four, building snowmen can be difficult if the snow is too light and fluffy, not sticky
five, it is snowing outside right now
six, where i live, people love to complain about the snow
seven, where i live, people secretly love the snow
eight, tomorrow is a "snow day" which happens when events are cancelled and schools and places of work are closed due to unsafe traveling conditions
nine, shoveling snow is good exercise
ten, never drink snow to rehydrate, always melt it first otherwise your body will have to work too hard to rehydrate and that could be harmful or fatal depending on the circumstances

imagine you know here well
and pretend she wants to get to know you.


a heart is full and overflowing
when we don't need mirrors
to tell us who we are, nor what we need.

some days are hardy
with mess and mulling

beginning as early as breakfast
when routines are established

or corrupted by weather
changed by a cat being sick

in the dully light hallway

ending in the unsatisfied
wanderings of tastes

from dislike to curiosity
to secure refreshment despite

the health of the kitchen
or the wealth of a book

light only be a single
baby sized bulb

the me is in time, developing
alone without humor

the mother is still
awaiting change in the weather

they approach the middle
without moving their hearts

hearts that have never veered off course
despite ruptures in nature
Posted by katy at 11:32 AM No comments:
Newer Posts Older Posts Home
Subscribe to: Posts (Atom)