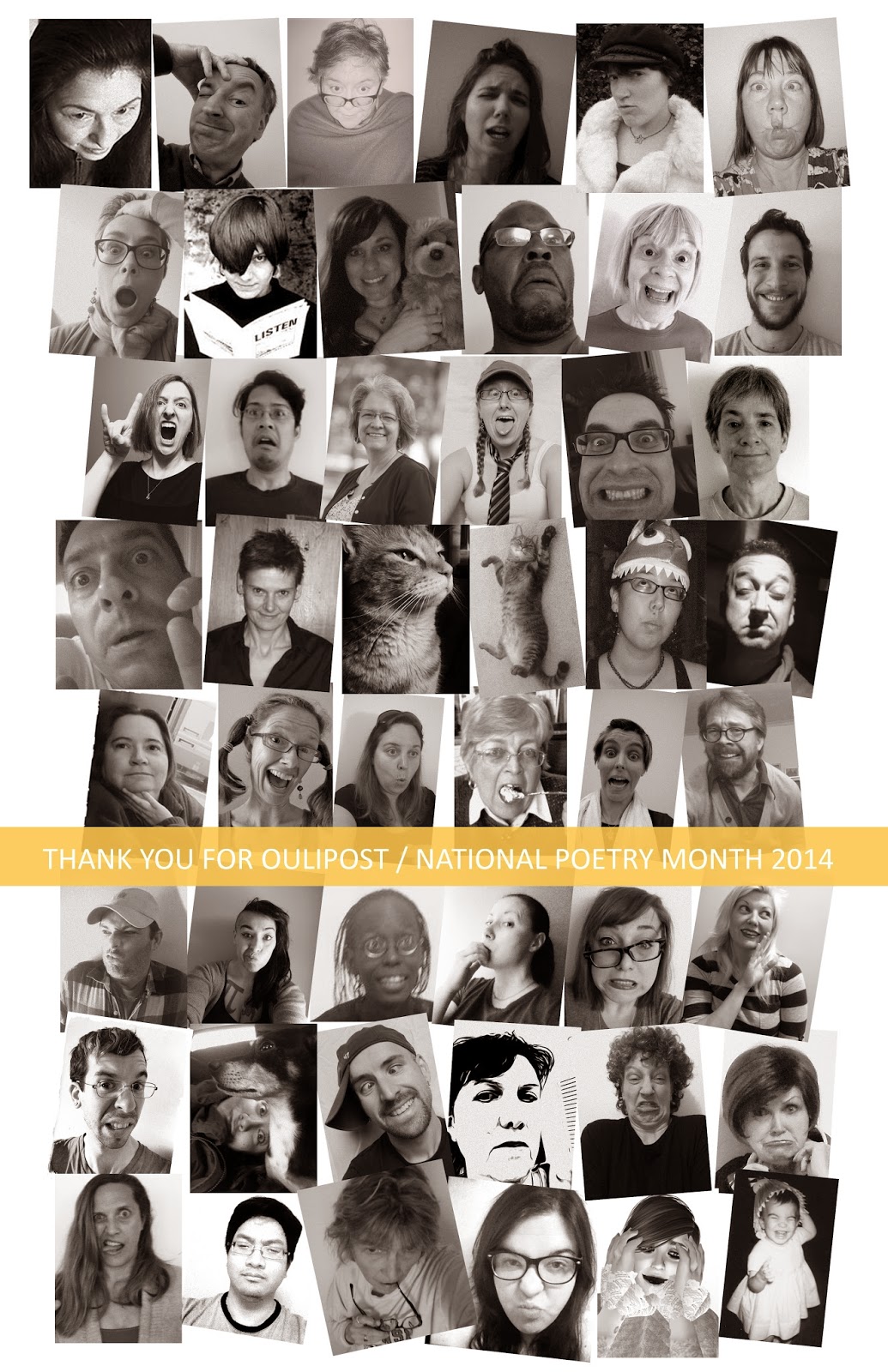 Question 1: What happened during Oulipost that you didn't expect? What are the best (or worst) moments for you?

I bought printed newspapers.  I enjoyed reading through them.  That surprised me.

There were a lot of tired moments.  The only times I really didn't like the project was when I allowed a build up of two or three and had to do multiple poems in a day.  That was much less enjoyable then finding myself engrossed in the news of one day.

My home street is changing.  Our neighbor has just built a new garage.  They don't have any grass.  There is enough grass on my lawn for them.  If I lease it out, do you think they'll mow part of my lawn for me?

Question 4: Who is your spirit Oulipostian?

um... I honestly haven't read very many of the poems by other oulioposters... I suppose I read more of Nicole's poems than anyone else.  And she is a wonderful human, so I chose her. ^_^

Question 5: What are the top three poems you wrote during this project?

If I could ask them, I suppose I would ask them if they like honey.  Do they like the way it feels?  They never seem to want to let it go.

My teaspoons would probably not ask, so much as demand not to be used to scoop out wet cat food.  Maybe they would ask "Why can't the forks do it?"

Question 6: What will you do next?

I have been failing to write a drabble every day in may.
Posted by katy at 11:32 AM
Labels: exit, interview, late, oulipost, promot

But the drabbles you've done so far have been top-notch. :)