step one: peel three small white potatoes (golden russet are better i'm told, but we have a bag of white taters to use up).

step two: cut in half and push the halves through the shredding blade on our super-super-heavy silver food processor.

step four: allow a cast iron skillet to heat up on medium/low heat with oil (we used ghee).

step five: evenly spread potatoes across bottom of the pan, season with salt. 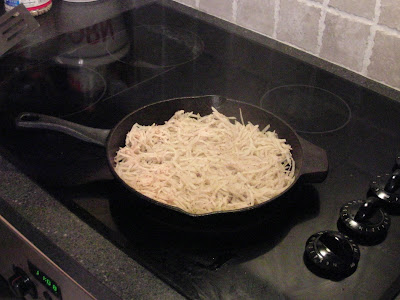 step six: after approximately 5 minutes, check that the bottom of the hash brown is a crispy brown. 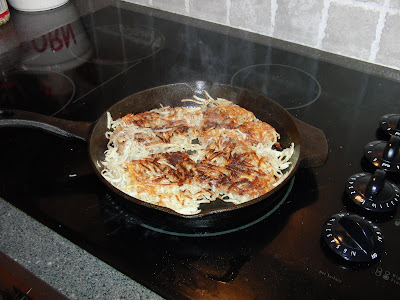 step eight: cook for another 4 minutes. 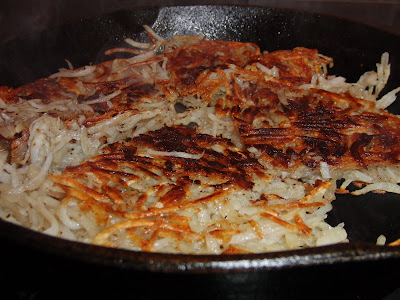 Did they taste good? You didn't say!